This month is a big one for us: a quarter of a century ago, on 15 April 1994, Optimarin was founded to develop technology to treat ballast water. We have been wedded to that goal ever since so, to continue that marriage metaphor, we are marking our Silver Anniversary.

Like any family, it is the people and their relationships within the family that make it what it is. Just like a family, Optimarin has had good times and bad times. Times when money has been tight and voices have been raised. Times when we have been tested and questions have been asked. And times when the neighbours have wondered whether we were about to pack our bags and move out.

Perhaps that is because Optimarin really does have a family at its centre. Halvor Nilsen created the company to explore whether it was possible to treat ballast water onboard ships at a time when invasive species were causing concern across the globe.

Cruise operators began to take notice and we installed our first system in 2000 on the cruise ship Regal Princess. It was also the year when Halvor’s son Birgir joined the company and he remains a very active Optimarin board member.

Something else remains from those early days: our technology. Halvor’s concept of using UV light and a filter worked then and still works now. We tweaked it a bit when IMO’s Ballast Water Management Convention was adopted in 2004 and defined its type-approval standards, and we gave it a higher-power option to meet the US Coast Guard’s standards, but our founding fathers would recognise the system we make today.

Securing those type approvals was like getting the children into college: would they get the grades they needed in their exams? In 2009, we achieved IMO type-approval and on 2 December 2016, we became the first company to be awarded a USCG type-approval certificate.

That was a real moment of celebration. But not just for us; it was also a triumph for every manufacturer that uses UV radiation.  For a long time, many had thought that a UV treatment system would not be able to satisfy the USCG’s treatment standards but we showed that the technology was capable of great things. 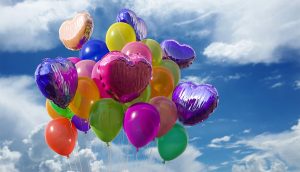 We had nurtured it through its years of development and now it had graduated; it was ready to face the world.

But the world was not ready for our fully qualified offspring. With IMO’s convention due to come into force in September 2017, delegates to its Marine Environment Protection Committee in July 2017 voted to delay compliance for many ships until September 2019. On top of that, the USCG was issuing extension letters so, having spent a lot of money to graduate with a First, it seemed as though the jobs market had dried up.

But it is at times like this that families pull together. Our shareholders believed in us and so did our staff. Today, 7.5% of the company is owned by its staff. Like members of a family, they are loyal and committed.

We had a company celebration in January, at the start of this anniversary year. Staff and their partners gave it a family atmosphere and, following a welcome from chief executive Tore Andersen, Birgir Nilsen recalled the journey that his father had started and which led to that moment.

Gathered round the table

Now, as the actual date arrives, we can gather at a metaphorical table to reflect on our first 25 years and we are looking forward to a hearty meal. For starters, our first quarter of this special year brought us 60% more orders than in the same period last year.

As IMO’s compliance timetable kicks in and the USCG extension scheme comes to an end, 2021 and 2022 will herald a meaty main course for all ballast treatment makers and installers.

And for dessert?  By the time the sweet trolley arrives, many BWMS makers who fed from the feast will have left the table. But Family Optimarin is strong and will stay together. After all, we have a Golden Anniversary to look forward to.